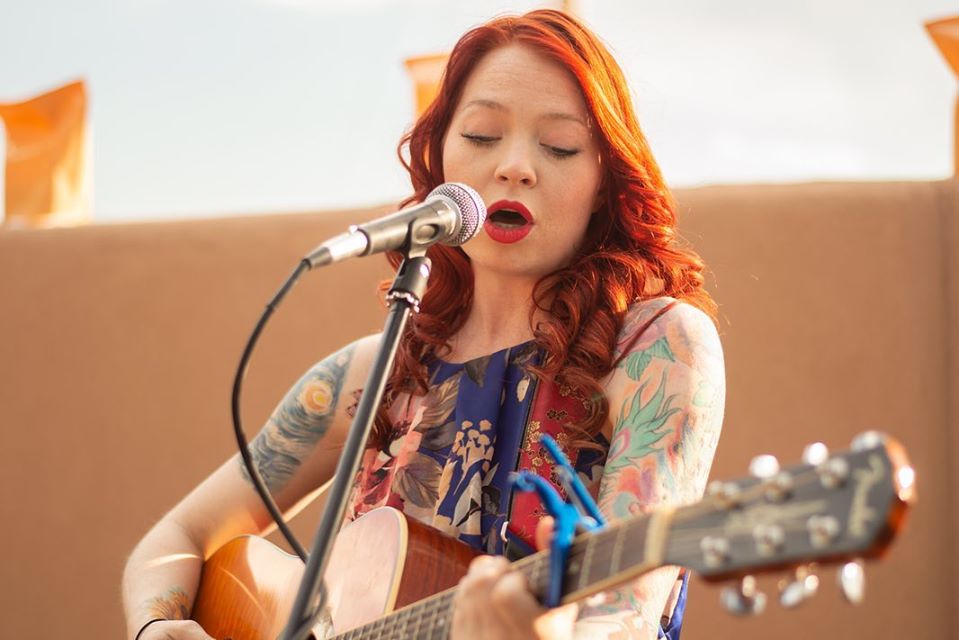 Kicking off the Los Alamos Summer Concert Series, presented by Toyota of Santa Fe is Eryn Bent! Singer-songwriter Eryn Bent has been enchanting audiences since she was 14, with her powerhouse vocals and honest, gritty songwriting. As a singer-songwriter from Montana, who has deep, her Western roots shine through her Americana, folk-style songwriting.
Eryn has independently recorded, written and released three amateur albums, with the first privately released in 2005. Most notably, Eryn completed her first studio album in early 2014 – “Firefly”, recorded by Jono Manson at the Kitchen Sink Studios.
We saw Eryn in Los Alamos for the 2019 Los Alamos Summer Concert Series in conjunction with Chevel Shepherd, and are excited to see her again!